From Hugh Grant to campaigning in finance, Richard Curtis who gives his view on the power of investing to create a better future. 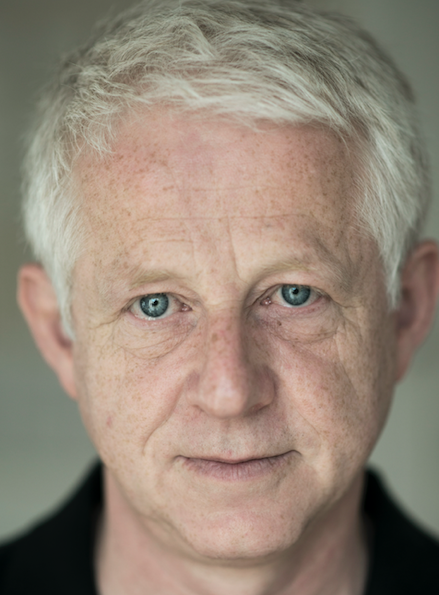 This week, our guest blogger is the film director and activist Richard Curtis who gives his view on the power of investing to create a better future

Making our money matter with our savings

It’s as much of a surprise to me as it may be to many of you that the man responsible for Mr Bean and Blackadder is involved in a campaign about finance, about making our money matter.

But in fact it’s pretty logical. In the other half of my life – when not wrangling Hugh Grant and Rowan Atkinson -  I’ve spent 30 years trying to find ways to fight the great inequalities and injustices of the world. My first step was through charity, through Red Nose Day - but in 2005, like so many before me, I expanded my focus to talking to and putting pressure on governments to do all they can to Make Poverty History. And then over the last few years, I learnt more about the power of our money, the potential of the trillions invested globally to go good, and I’ve increasingly pivoted towards focussing on the role the private sector can and must play in changing the world.

From Hugh Grant... to campaigning about finance

The world is changing, and our financial institutions must keep pace. This has been an extraordinary few years, not only because of Covid, but also because of the rise of transformative public movements around the world. From Black Lives Matter to Fridays for the Future to the MeToo movement, people across the globe are demanding a better, more equitable and just social contract. And as these movements grow, people are increasingly seeking opportunities for direct impact, asking ‘What can I do in my own daily life to make a difference?’ And they’re finding that answer in unexpected places. They’re finding it in the clothes they wear, the food they eat, and how they travel.

The next big revelation is that they’re also finding it in the places they put their money. Because unknown to most of us, our pensions and savings have often made us accidental investors in practices we avoid and causes we fight against. This was brought to life for me when I listened to a brilliant TED talk by an Australian cancer doctor, Bronwyn King, who found that through her pensions she had been investing in multiple tobacco companies – funding the very cigarettes causing the cancers she spent her life treating.

I didn't know my pension was even invested

It was at that moment that I asked myself – what’s my pension doing? I’m not sure I even knew that my pension WAS invested, let alone that it could be undermining all the things I do and work for. And the more I looked into it, the more exciting a line of action it seemed - here’s the biggest chunk of money that many of us have, trillions globally, that if directed well could be tackling some of our biggest challenges, from climate change to affordable housing to medical research

And it’s been an extraordinary journey since then. First I got scared and asked whether it was a question of money vs morals - a campaign asking people to make financial sacrifices to do the right thing. But I became interested at exactly the moment when it was becoming increasingly clear that sustainable investments were actually making equal and often greater profits than business as usual. I’ve since heard both Mark Carney and the CEO of Blackrock, Larry Fink, describe sustainability as the biggest investment opportunity since the industrial revolution. So it doesn’t have to be a trade-off between value and values.

So that’s the reason we set up Make My Money Matter. We wanted to help give the public more voice and choice over where their money is invested, and ultimately make sure the trillions invested on our behalf helps build a better world.

We have first focused on pensions and the campaign really is working. We’ve proved people can be mobilised, and even excited by their pensions, and that we can secure real commitments from a traditionally conservative industry. Since we launched, 85% more people understand the links between their money and climate change, over half the UK public have expressed an interest in getting a green pension, and more than 40 leading pension providers – managing over £1 trillion in assets – have committed to robust net zero targets.

And this movement about our financial footprint will only grow over the coming years; from pensions, to bank accounts, to personal savings. That’s why I have been so impressed with and excited by the creation of an Individual Savings Account – an ISA  - that can be invested in line with our values. Three cheers for the Big Exchange for leaping into this incredibly important arena, so that we have the choices and opportunity to have savings invested in companies that have a positive impact on people and planet. By investing in everything from to green cement to reverse vending machines to windfarms, our money can be cleverly applied to tackle the world’s problems, not compound them, while still generating good returns.

So with almost £70 billion invested in ISAs in the UK – and over £2.7 trillion in our pensions - the potential for positive impact is extraordinary. That’s why it’s time we all join the movement to make our money matter.

If you would like to find out more about Make My Money Matter, please visit https://makemymoneymatter.co.uk/

Please remember that when investing, making money is not guaranteed and your capital is at risk. The value of your fund can go down as well as up. Tax treatment depends on an individual’s circumstances and may be subject to change.